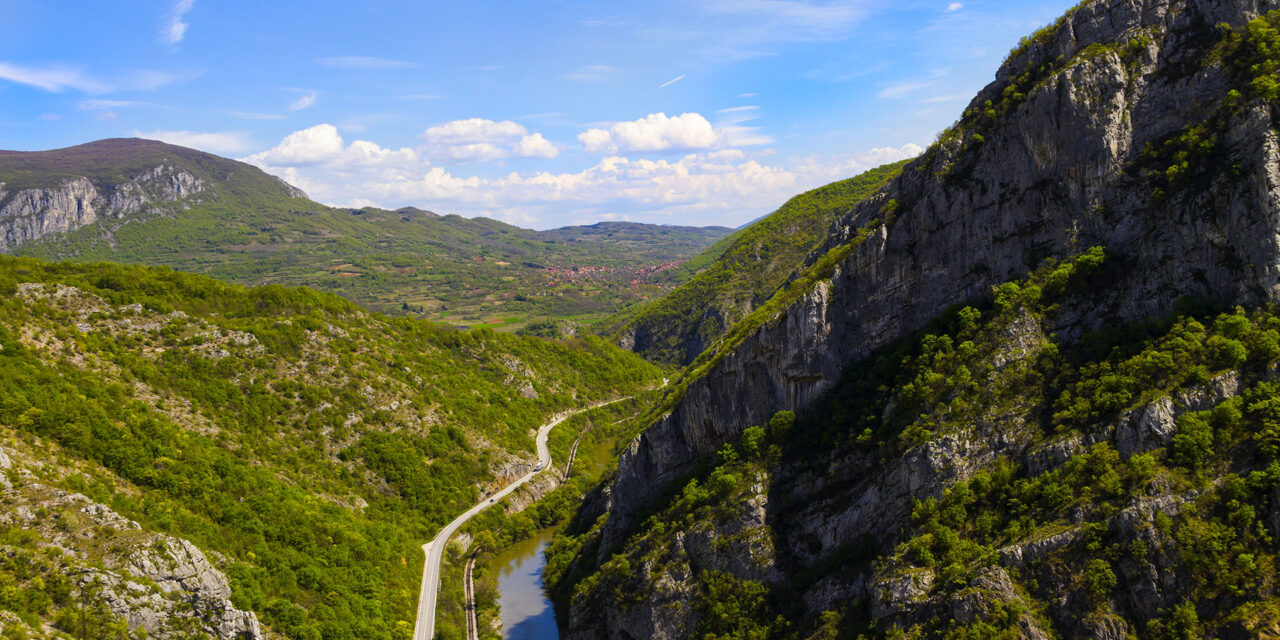 The Sićevo Gorge (Serbian: Sićevačka klisura; Serbian Cyrillic: Сићевачка клисура), a river gorge and archaeological site in southeastern Serbia is the locally most prominent geological and topographic feature formed by the Nišava River. The gorge is located between the towns of Bela Palanka and Niška Banja. It is 17 km (11 mi) long and 350 to 400 m (1,150 to 1,310 ft) deep, in some parts developing canyon-like structures (including the inverse valley slopes at the Gradiški kanjon). The gorge is cut into the Kunovica plateau, between the southern slopes of the Svrljig Mountains and the mountain of Suva Planina. The surrounding areas are known for their high-quality vineyards. The gorge contains a stone quarry, the Ostrovica and six villages. The largest, Sićevo is the eponym of the gorge. 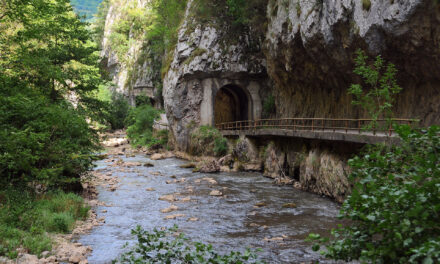 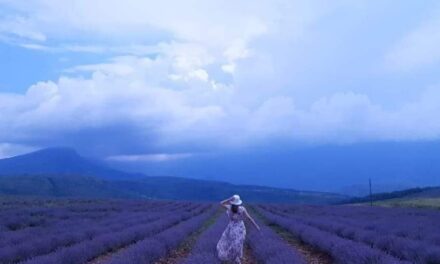 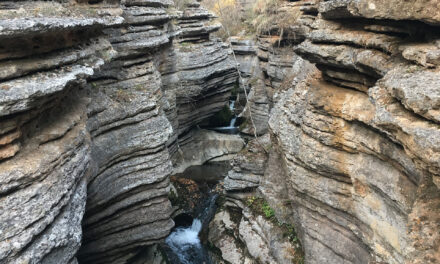